Despite its reputation for being one of the most innovative countries in the world, it might be surprising to learn that the United States is not doing a good job at producing strong math and science students. This is a serious concern not just for educators, but all others who are invested in the future of the country, and its children. That means everyone from policy makers like President Obama, to high-tech companies who need the engineers and designers to create the next innovative product that will drive their business.

Which is why there is a national movement to get young students more interested in the STEM (science, technology, engineering and mathematics) branches. There is the belief that by introducing children to the maker movement and the idea of making and being makers will do just that. And with constant budget cuts that kill art programs, bringing the maker movement to the classroom might just help remedy that problem as well.

One of president’s goals is to get more young girls and boys excited about what’s called STEM, science, technology, engineering, and math. And I believe that the maker movement, the maker culture is a really powerful way of doing that. Tom Kalil, Office of Science and Technology Policy

Making forces children to utilize all of their mental faculties from brainstorming, to planning and problem-solving. Turning an idea into something real and tangible is like an art. So if the maker movement found its way into classrooms it would generate interest in not just the sciences, but the arts as well, giving us STEAM powered classrooms. 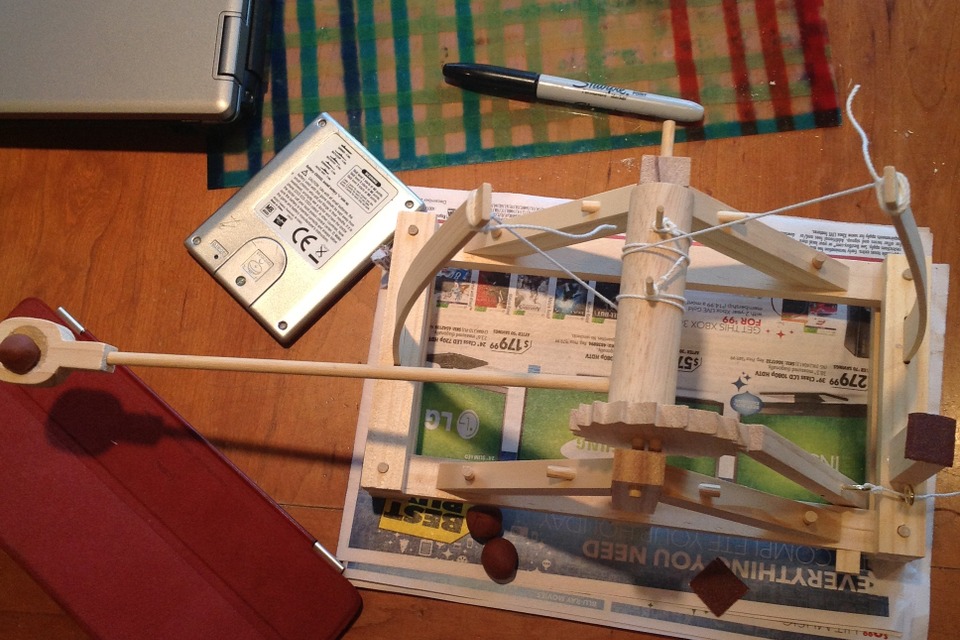 Art or science? Probably a touch of both.

I didn’t know it, but I guess I was always a maker (when I wasn’t being a breaker). I used to make things with broken electronics, owned a electronics kit from RadioShack as a child, tried to start a comic book with a friend using linoleum prints, rewired and recycled an old Xbox controller into a PC controller. While making didn’t make me an artist or great at math, it did allow to to explore those worlds. As it turned out I did eventually become a science major, so maybe there is something to this maker-STEM connection.

Casey Shea certainly thinks so. It’s the reason why he’s converting one of the classrooms at Analy High into a makerspace. The author of the article (Maker Education Initiative Executive Director, AnnMarie Thomas) actually goes on to discuss the maker-STEM connection. Here she is actually demonstrating it:

Me, wanting to be a Elementary school teacher, was inspired by the traditional structure of teaching. We are talking textbook readings, copying notes off the chalk board, multiple choice questions and tests on the context read in the textbook and taught in class. This approach is pretty standard but in some cases, such as science, this isn’t the most effective way to teach. I remembered plenty of times in school where we would occasionally do an actual experiment. Most of the time it was the same ones all the time, over and over again and they were structured in such a way that they were almost robotic, boring, not creative and for children at the ages of 6 to 10 this makes the point of the experiment ineffective due to the lose of the students attention and interest.

At first, I hated the idea of technology and computers in an Elementary school classroom. I felt this would take away from the standard skills that students need to learn for their academic career. However, in certain subjects I can see the benefit of hands on education. I had limited my feelings of technology to computers but through this research on STEM education, I have realized that certain subjects need a more hands on approach in order for a student to actually learn something.

In the blog called,Teachers Are Key to Building STEM Brand by.Ryan Lytle he expresses the idea that teacher need to embrase the idea of changing the way science, technology and music are taught. We, as teachers, are the root and foundation of this evolution in teaching. We must begin by opening our minds to new ideas. He says,

There is a universal fear among many teachers that STEM is a difficult set of topics to teach, she says, and starting conversations to alleviate these fears is vital to the future of STEM in the classroom.

To begin with this idea Mr. Lytle says we should talk to our peers about how to do this. Begin to work as a team. I feel that this video, with Physics and Chemistry teacher, Frank Noschese is a good beginning.

In the video the most important part to me is the beginning were he explains the “problem” he has with the way things are taught now. He describes the difference between the way scientists and students explore science. We see that the way students learn science isn’t very effective and it turns students off the idea of science. However, He then gives his own model for how he feels we can truly teach science in a way that is not only effective but fun, exciting and gets students motivated to learn more. This is what is the teachers most important goal in the end, don’t you think?

I want you to search for articles, blog posts, images, videos, etc. that talk about the growing interest in bringing the ideals of maker culture into education. Good terms ‘maker’, maker space, STEM and maker, K12.

You will create your first blog post and reflect on maker culture and introduce how you could imagine using some of these ideals in your K12 classroom. This means you should also introduce yourself and your future plans as a K12 teacher.

In this post, you will need to link to at least one article (website address) you are referencing and embed either a video or image(s) to illustrate your perspective as well.

Be sure to visit the about page to find Audrey Water’s article about Maker Culture in Education.